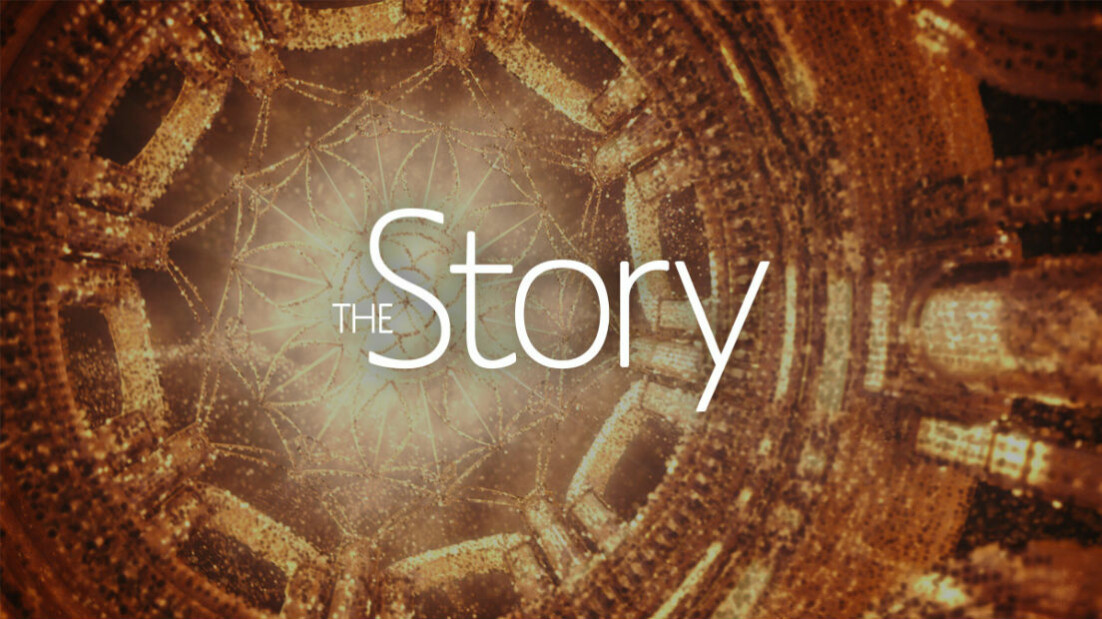 We all long for a better story...this Story changes everything!

The following is a summary of a true story. It is like many good stories you've heard or read, but the more you read, the more you'll realize this is not just another story--it is THE story. It is GOD'S Story. It defines us all. It makes us think about who we are and who we can become. And so...

In the Beginning God

Creation Out of Nothing

In the beginning, God spoke and everything came into existence. By His command, the entire universe was created and filled with a dramatic display of galaxies, stars, and planets— including Earth, on which was a perfect garden of paradise called Eden. Of all the beauty He created, the masterpiece was a man and a woman. God made Adam and Eve in His image to reflect Him. They were created with the grand purpose of worshipping Him by loving Him, serving Him, enjoying relationship with Him, and filling the whole earth with image bearers like themselves.

Harmony Between God, His Image Bearers, and His Creation

By God’s design, all of creation was in harmony and was exactly the way it was supposed to be. During this time there was no pain, suffering, sickness or death. There was complete love, acceptance, and intimacy between God and mankind, between Adam and Eve, and throughout creation.

But something tragic happened...

Adam and Eve were far from being equal to God, yet He lovingly placed them in charge of all He had created in Eden. He gave them the freedom to make decisions and govern the earth with one rule: not to eat fruit from a specific tree at the very center of the garden. One day, God’s enemy, a fallen angel named Satan, wanted to overthrow God so he took the form of a serpent and lied to Adam and Eve. He deceived them into thinking God was not good and did not have their best interest in mind. As a result, they knowingly disobeyed God. In rebellion, Adam and Eve ate the fruit, deciding that they, not God, would determine right and wrong and seek to live like little gods.

The consequences of their actions were devastating! Like a virus, sin entered into all of creation and into the hearts of Adam and Eve. Sin, suffering, and pain were passed down from generation to generation; all of creation was distorted from its original design. We have all read or heard the stories of war, poverty, disease, greed, and scandals that plague our world today. Those are all a result of sin.

When we think about the perfection and love that existed at the beginning of creation, we realize “we are far more flawed and far more sinful than we can dare imagine.” Just think of the grudges we’ve held, the lies we’ve told, the thoughts we’d never dare say aloud. An honest glance into our own hearts reveals the truth: We are all guilty. Everyone has sinned, and the ultimate consequence, even worse than physical death, is eternal separation from a loving God, in terrible misery and unhappiness. Because of all this, we need to consider the questions: Can anything be done? Is there any hope?

God removed Adam and Eve from Eden as a result of their sin but left them with a promise of rescue and hope. He promised them one of their descendants would someday rescue mankind from sin. Over the next centuries, God prepared the way for this person who would become the Savior of the world through the Jewish people and the descendants of Abraham, Isaac, Jacob, and David. Exact details of His birth, life, and death were recorded in the Bible many centuries before His coming. In fact, the whole Bible ultimately points to this one person as the focal point of all human history. His purpose in coming was “to seek and to save what was lost” (Luke 19:10). So who was He?

The promised Savior, simply, was God come in human flesh. God became fully human without becoming any less God in the person of Jesus of Nazareth almost 2,000 years ago, fulfilling all the predictions in the Old Testament. Jesus’ birth was miraculous since His mother was a virgin. His life was unique: He perfectly enjoyed and obeyed God without sin. This ultimately led to His agonizing death on a cross as He willingly, obediently, and sufficiently died to pay for the sins of mankind, according to God’s plan. In the greatest display of mercy and grace the world has ever known, Jesus’ life and death became a substitute for all who would trust in Him. The perfectly sinless God-Man, Jesus Christ, died to rescue the hopelessly guilty from sin and Satan.

But the grave couldn’t hold Jesus. Three days later, Jesus emerged from His tomb, fulfilling His earthly mission to defeat sin by dying on the cross and to defeat death by rising from the dead—just as God promised. Forty days later He returned to Heaven where He reigns as the rightful King and sovereign Savior.

But the story doesn’t end there...

All Things New at the Return of the King

For all those who trust in Jesus alone, God has also promised He will make all things new. The new heaven and new earth will be completely free of sin and selfishness—a place of perfect friendship with God, others, and all creation. No more shattering earthquakes, devastating tsunamis or violent storms will plague the earth. No more pain, broken hearts, sickness or death to trouble us.

Everything will be restored to the way it was meant to be. The new earth will once again be the perfect home God intended for His creation. God’s original purpose will flourish, as those who trust in His rescue will enter into the grand purpose of worshipping Him by loving Him, serving Him, and enjoying relationship with Him forever.

Forever with God and His People

The most wonderful part of this new world is that we will be with God forever, experiencing complete joy. We will be restored to a perfect relationship with the One who created, loved, and died for us. God is writing an amazing story from creation to restoration. He created you to be a part of that story to worship Him, serve Him, and enjoy relationship with Him. By joining God in His story, you will find forgiveness, purpose, and satisfaction as you come to know the Author of life.

Rescue by Repentance and Faith

Faith is simple trust in Jesus Christ alone to save you. It means instead of believing you can rescue yourself from the consequences of sin, you transfer your trust to the rescue He purchased for you by His death. Your allegiance is now to Jesus, The King. Those who place their trust in anything other than Jesus will find themselves forever separated from the loving God who gave His one and only Son to set us free from the bondage of sin. This painful separation is called Hell.

Your Part in His Story

God is inviting you to be part of the Story He is writing throughout the ages to come. He is offering salvation to you today, which is your invitation to the rescue God offers. You can embrace the rescue of God by simply:

The moment you trust Jesus Christ in this way, you become a child of God and His Spirit comes to live inside of you. You have become part of His Story. The more you grow in your relationship with God, the more of His Story you will begin to see and understand in your life. All of your sin, past and future, is forgiven, and you now find total acceptance before Him. When you begin this relationship, Jesus promises to be with you through all the ups and downs and in the joys and difficulties of this life. He loves you with an everlasting, unchanging love. And not only has He promised eternal life, but He came so that you could also experience purpose, fulfillment, and freedom in this life.

The Best Is Yet to Come

But remember, the best part of our story and His Story is yet to come. There will be many trials and tribulations along the way, but we must persevere in following Him. We can be confident that we are kept by faith in His resurrection power. One day Jesus will return to take up His Bride, the Church, to Himself and begin to pour out God's wrath on all the world that has rejected Him and His heavenly Father. Then we will return with Jesus, our conquering King and His kingdom will come down on earth as it is in heaven right now. And then, after one thousand years of establishing His perfect rule on this earth and fulfilling all of His promises to His people, the unbelieving dead will be raised for their final judgment and justice will fall on all of God's enemies - human and demonic. Then Jesus will offer up all His Kingdom authority, power, honor, and glory to His Father, so that God can be all in all in the new heavens and the new earth.

The Never-Ending Story of His Glory

C. S. Lewis, scholar and children’s author, compared the first step into this new creation as “Chapter One of the Great Story which no one on earth has read: which goes on forever: in which every chapter is better than the one before.” His Story truly is the never-ending story of His glorious presence dwelling with His glorious people in His glorious place forever and ever. This is a true, so let it be for you and for me!

Check out more resources to KNOW Christ, GROW in Christ, SHOW Christ, and GO with Christ.

Plan your visit to LifeBridge. Get service times, directions, and discover what to expect.

Join us in worship. “Let everything that breathes praise the Lord!” Psalm 150:6

Our Children and Youth Ministries provide a safe, fun envirionment for your kids to grow in God’s love.